French Open betting – All you have to know

The French Open is one of the four major tennis tournaments that are held every year. Along with the Australian Open, Wimbledon and US Open, it makes up tennis’ Grand Slam tournaments. The French Open is normally held in May, but has been moved to September this year due to the coronavirus pandemic. It’ll be one of the first tennis events to be held again, and as such, the French Open betting scene is sure to be popular. Let’s take a closer look at the event, the odds and sportsbooks.

How the tournament is played

The French Open consists of five separate competitions – men’s and women’s singles, men’s and women’s doubles and mixed doubles. There are seven rounds for each of the singles competitions, with 128 players competing. The tournament is a single-elimination style, meaning the winner of the match moves on while the loser is done. The tournament will progress over two weeks until one champion is left standing at the end. 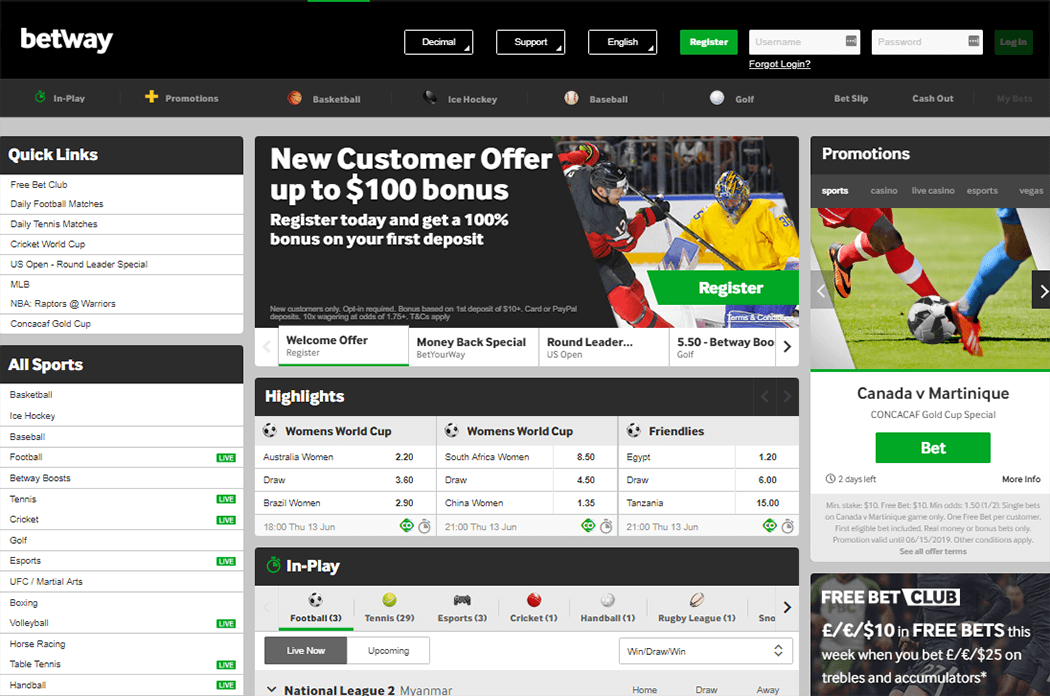 Benefit from several French Open bets and rely on Betway

In the men’s singles tournament, each match is five sets. A player must win three sets in order to advance as the winner. In the women’s singles tournament, each match is three sets. To advance, a player must win two sets. The French Open, also known as Roland-Garros, is often considered one of the most difficult and physically taxing tournaments on the tennis circuit. Not only is that because it consists of seven rounds, but because it is played on a slow-playing clay surface. This type of surface has often benefited those who are familiar with the unique surface.

The defending champions of the French Open are two of the top players in the world in the men’s and women’s circuit. On the men’s side, Rafael Nadal of Spain won his 12th French Open title last year, which is the most in the history of the tournament. He is currently ranked #2 in the Men’s Tennis ATP Rankings. The only person ahead of Nadal is Novak Djokovic of Serbia.

The different ways to bet the French Open

One of the reasons why betting on the French Open is so popular is because there are so many different ways to do so. The most common type of wager on individual matches is a moneyline wager. All you’ll have to do is pick the correct winner of an individual match. The sportsbooks will set a favorite and underdog for each match of the French Open, and will set odds accordingly. The favorite may have odds of -150, for instance, while the underdog is listed at +165. This means you’d need to wager $150 to win $100 on the favorite, while a $100 wager on the underdog would net $165 if successful. If you’re looking for a different bet, you can see if your sportsbook offers winning margin betting.

This isn’t as common in tennis as it is in other sports, where it’s commonly referred to as handicap betting. In tennis, winning margin betting will involve picking the winner of a match against a spread that’s set by the sportsbooks. In this sport, this will often include either a number of sets or a number of total points won. For example, the favorite in a men’s match could be favored by 2.5 sets. That means he’d have to win in straight sets (3-0) to win that wager. The underdog, meanwhile, would only have to win one set for a bet on him to be successful.

The French Open is a very unique tournament, not just among the other Grand Slam tournaments, but also compared to other tennis tournaments that are held throughout the year. The main reason for this is the clay surface on which the matches are played.

It is very different from the traditional hard courts or even Wimbledon’s grass surface. As a result of this, a solid winning formula for betting on the French Open is to side with players who have a lot of experience playing on clay surface and/or who have traditionally done well on it. On the men’s side, Nadal is almost always considered the favorite at the French Open because he plays so well on clay, for example.

This year’s French Open will also be extra unique because of the coronavirus pandemic that’s affecting people all over the world. One thing to look out for when doing betting research leading up to the event is whether any players are backing out of the tournament for health concerns. That could dramatically affect the outcome of the tournament.

Travel plans and requirements for when players have to arrive in France for the tournament could also be a concern. Therefore, players traveling from abroad and from far away (or countries hard-hit by the coronavirus) could face extra obstacles to overcome than some of the other players.

It’ll be difficult to base your betting choices on recent performance, too, as there won’t be too many competitive events being held before the French Open in September. That could level the playing field, in a way, as everyone will be trying to dust off some rust.

Hit the clay court at the French Open this september

The French Open is making major adjustments to hit the clay court this september because of the coronavirus pandemic. While the tournament is hoping to have the same format and go off without a hitch, there are likely to be some effects from what’s going on in the world. That makes it even more important that you research what effects some of these situations could have on the outcome of the tournament before placing bets this year. This is in addition to the normal research you should do on the top players, and situations that could result in winning outcomes and thrilling tennis betting moments.