Despite the coronavirus taken up much of the attention in world news, the presidential election in the United States is still ramping up as it heads toward its finale in November. The main two candidates are set, with Republican President Donald Trump set to face Democrat Joe Biden, the former vice president. With almost no professional sports to bet on right now, it’s a great time to focus on alternative markets, such as US election betting. Let’s take a look at the betting line and odds for the upcoming election. Also, let`s not forget the bookmakers that have these options in their portfolios. Just look at the following list to learn more about the sites.

The incumbent still leads the way

Say what you will about Trump, and whether you love him or hate him, but he is the current president of the United States. In US politics, that historically means he will be the favorite to win re-election in November. Most of the time, at least recently, presidents who run for re-election win. Since World War II, only three US presidents who have run for re-election lost. The last was George H.W. Bush, who lost in 1993. Before him were Jimmy Carter (1981) and Gerald R. Ford (1977).

As such, Trump enters the final march toward the November election as the odds-on favorite to beat Biden, even though Trump alienates a lot of people with his attitude, his policies and general demeanor. Currently, Trump is favored at most sportsbooks with odds at -125. Biden, meanwhile, is the underdog with odds of +135. This means that in order to win $100 by betting on Trump, you would have to wager $125. At the same time, a $100 wager on Biden would net $135 if it is successful.

While there aren’t any other major candidates on the ballot that have a true shot at winning, there are others who have listed odds to win the US presidential election. Those include Democrats Hillary Clinton (+2500), Michelle Obama (+4000), Bernie Sanders (+5000) and Andrew Cuomo (+5000), along with Republican Vice President Mike Pence (+6600). 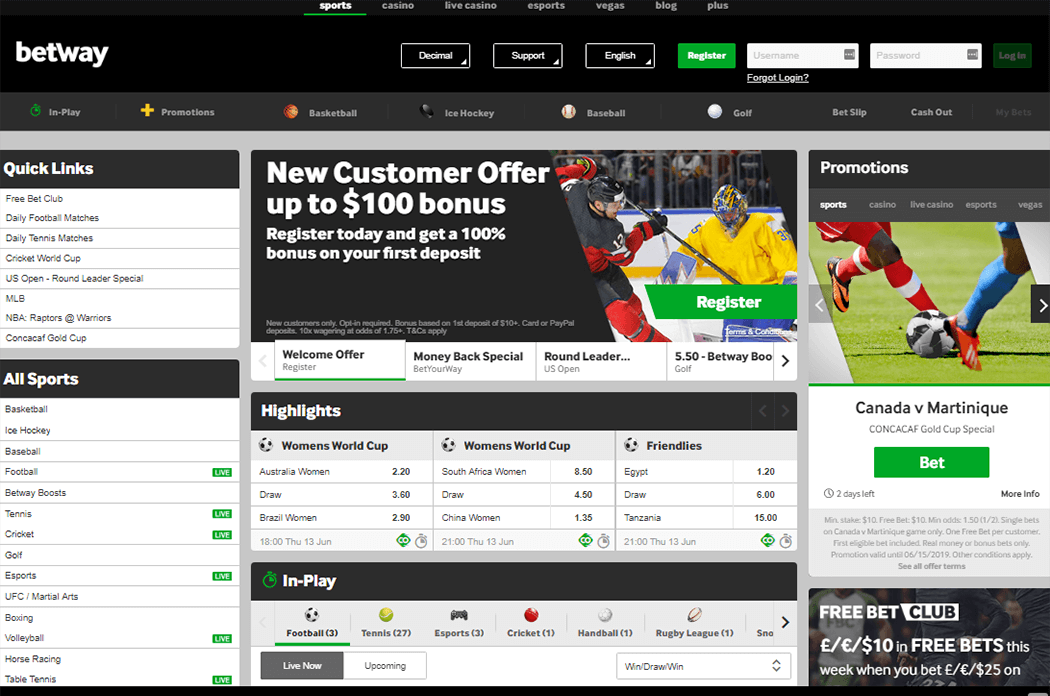 Betting on any of those people would be purely speculative wagers at this point. Trump has already secured the Republican nomination for the election, but Biden technically has not. As a result, it’s still possible (though far-fetched) that someone else could win the Democratic nomination, if something were to change between now and the Democratic National Convention.

The other Democrats listed with odds here are the ones who could potentially take Biden’s spot as the Democratic nominee. Sanders is probably the most likely person, since he was Biden’s biggest challenger in the primary election. Clinton lost head-to-head to Trump in the 2016 election. Obama is the former First Lady and wife of former President Barrack Obama. Cuomo is the governor of New York who has been getting a lot of praise for his efforts during the coronavirus pandemic.

Choose between the two major parties

If you don’t want to choose a specific candidate to win the election at this point, you can also choose which political party you think will prevail. Ultimately, the choice most bettors will make here is between Republicans and Democrats.

That’s because in modern US presidential politics, it really comes down to a choice between just those two parties. In fact, the last time that the winner of a presidential election wasn’t either a Republican or a Democrat was way back in 1848 — before the Republican Party was even formed.

That’s why the odds on the US presidential betting for 2020 are mainly split between the two major parties. Right now, most sportsbooks have the Republicans as the favorites, with odds of roughly -120. Democrats, meanwhile, have odds around +100, also known as even money.

If you are looking for a longshot wager, you could always bet on an Independent candidate/a candidate from any other party. The odds for this wager are close to +1000, or 100-1. As mentioned, though, this is truly a speculative bet, as it’s extremely unlikely that a candidate who isn’t a Republican or Democrat would win the US presidential election.

The US presidential election isn’t a straight tally of votes

The US presidential election doesn’t go by a straight popular vote, where all the votes for each candidate are tallied across the country and the candidate with the most total votes win. Instead, the country goes by what’s known as the Electoral College to elect their president and vice president.

It’s somewhat of a complicated process. The Electoral College is made up of 538 electors. Each of the 50 states plus the District of Columbia are allotted a certain number of electoral votes that is ultimately based on the state’s total population. Each state gets as many electoral votes as they have representatives in Congress.

Results of the 2016 election: States where the candidate of the Democrats won are blue

Get in on political betting action before November’s election

The US presidential election is held every four years on the Tuesday after the first Monday of the month. This year, the election will be held on Tuesday, November 3. Republican Donald Trump and Democrat Joe Biden are the two primary candidates, and the election is already heating up, even though it’s still six months away. Betting on the US presidential election is really a choice between these two candidates, as it’s been more than 100 years since a candidate who wasn’t a Republican or Democrat won election.

And even though Trump is a divisive person, he is the odds-on favorite to win right now, as many US presidents win re-election. Of course, this wager isn`t really related to sports betting. However, it`s part of the bookmakers portfolios and therefore has to be discussed on this website.